We can find ourselves with those sentenced to death or imprisonment, as we discover the immeasurable value of knowing Christ. We may walk in the footsteps of Stephen and echo the voices of our brothers and sisters the world over by contemplating the degree of commitment to Christ we take daily. 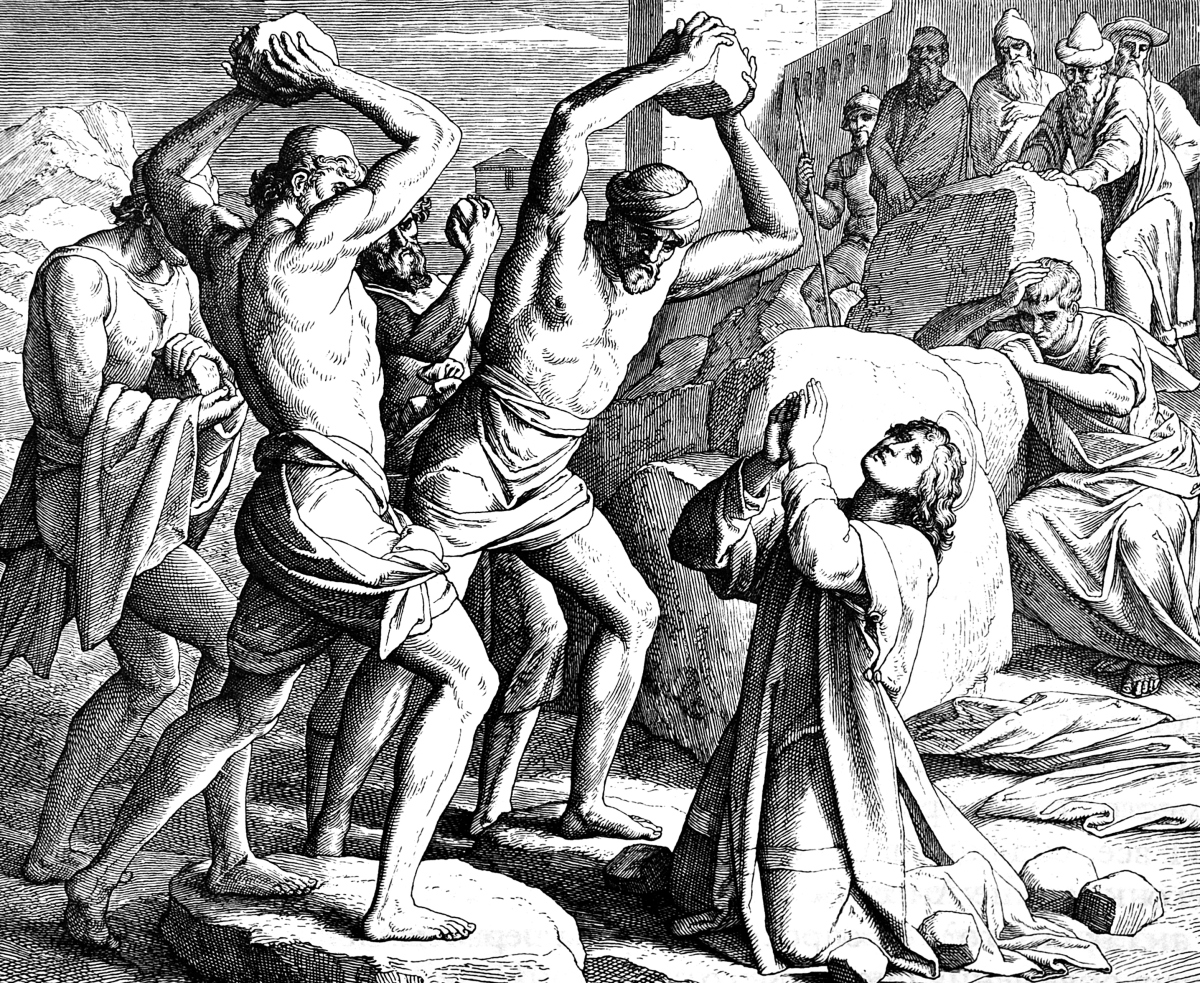 Jesus tells his disciples in Acts 1:8, “But you will receive power when the Holy Spirit comes on you; and you will be my witnesses in Jerusalem, and in all Judea and Samaria, and to the ends of the earth,” (NIV). But, when replacing the word witnesses with its original Greek word, we understand Christ saying, “…and you will be my µάρτυρες (mȃr-tū-rȇs)…to the ends of the earth.” This Greek word can be understood simply as meaning “Martyrs”.

The sincere disciple ought to face a challenge with this understanding, as it suggests a deeper commitment to following Christ: to be a martyr is to witness to the testimony of Jesus Christ first-hand, even under threat of suffering or death.

While our North American experiences have often watered down the call to martyrdom—as Jesus laid before us—we get a picture of martyrdom as it was first recorded in the story of Stephen in Acts 6:8-7:60.

Within Stephen’s record, we see the measure of commitment required of the Christian to glorify God in three characteristics.

Upon introducing Stephen, Luke writes of his wondrous acts and wisdom, for which he was regarded a godly man; so much so that religious leaders conjured an offense against him. We should not regard his external signs and oratory as chief features of the martyr, but instead realize what made Stephen a godly man was his obedience to Christ and Christ’s transformative presence within him.

Stephen embodied Christ’s character in his obedience to Him. In so doing, Christ’s redeeming power —that which changes darkness to light—was displayed. This power was what drew others to Stephen, and ultimately to God, but it was also what provoked the offense of Stephen’s accusers, as it would for others that were martyred after him.

This ought to be true for anyone that identifies as Christ’s own.

The greatest evidence of God in this world is the transforming power in the soul that is subject to God’s authority. It was this same power that drove Stephen to proclaim the gospel to the lost, but it was also present in his gospel living, as is evident in the following examples.

Stephen’s courageous encounter with his oppressors displayed his choice to abandon his right to life. It was his willingness to bear Christ’s sufferings that proved the level of life-commitment required of the disciple.

However, Stephen’s martyrdom did not begin with his physical hardships, rather it would have begun as he learned to relinquish all other things that contended for his allegiance. Stephen’s example shows us that the martyr forsakes one’s own life for the treasure revealed in God’s amazing grace, whose incomparable cost reduces everything else to nothing, including life itself.

Late twentieth century martyr Diedrich Bonhoeffer understood Stephen’s commitment to abandon this world, as he challenged the commitment of the believers of his day (and does still in our time):

The cross means sharing the suffering of Christ to the last and the fullest. Only [someone] totally committed in discipleship can experience the meaning of the cross…The first Christ-suffering which [everyone] must experience is the call to abandon the attachments of this world. It is that dying of the old [self] which is the result of [an] encounter with Christ. (Diedrich Bonhoeffer, The Cost of Discipleship, italics added).

Stephen abandoned himself further by not begrudging his accusers but forgiving them and praying on their behalf. He showed his accusers the forgiveness Christ showed him by laying down his right to defend his own honor and receive unjust punishment, an act that results only when the heart is truly impacted by the grace received upon conversion.

By dismissing the fault of his accusers, Stephen opted for what Timothy Keller says is “a form of suffering…a kind of death” by “absorbing the debt, taking the cost of it completely on [himself] instead of taking it out on the other person,” (Timothy Keller, The Reason for God: Belief in an Age of Skepticism).

For Stephen, forgiving his accusers ended in his stoning. But for any martyr, forgiving oppressors will likely bring continuous pain because it often invites further offenses by them. This is when the martyr ought to turn to the Redeemer Christ for strength and comfort as Matthew 11:28-30 says, “Come to me, all you who are weary and burdened, and I will give you rest. Take my yoke upon you and learn from me, for I am gentle and humble in heart, and you will find rest for your souls. For my yoke is easy and my burden is light,” (NIV).

The Persecuted Martyr: Their Voice and Ours

Our modern world sees Christians as the largest group persecuted for their faith, with two hundred million Christians in sixty countries bearing witness to Christ in restricted or hostile nations. (For a full world watch list of persecuted nations, visit http://www.vomcanada.com) These celebrated brothers and sisters are often being silenced by imprisonment and death. Yet, their story (their “voice”) ought to be heard as Stephen’s has.

Therefore, it is imperative for freed Christians (Christians living in non-restricted or unhostile nations) to be educated about the tribulations of those persecuted, and to share in their identity as fellow martyrs.

As Stephen’s example is pivotal to our understanding the standard Christ requires of all his disciples, so to, the stories of persecuted Christians in the twenty-first century should incite in us the utmost commitment to follow Christ at any cost. We in the West are obligated to fellowship with our counterparts the world over, striving toward martyrdom.

Our martyrdom starts with the three characteristics we have seen in Stephen’s narrative. As recipients of Christ’s grace, we subject ourselves under Him in response to that grace. We become bound to Christ in service to Him, and He in turn impresses more of His transformative power in us. We become His image bearers. As His image bearers, we learn to put to death our selfish ambitions—our earthly passions and self-preservations—and, instead, find insurmountable joy in exalting Christ. Exalting Christ excludes earthly comfort, but we find comfort as God ministers to us through His Holy Spirit. The comfort of peace and renewed strength offered by our loving God frees us from begrudging those who offend us, and so we can free our offenders of any charge we might hold against them, just as Christ freed us of ours.

We can find ourselves with those sentenced to death or imprisonment, as we discover the immeasurable value of knowing Christ. We may walk in the footsteps of Stephen and echo the voices of our brothers and sisters the world over by contemplating the degree of commitment to Christ we take daily.

The above article was originally written on behalf of The Voice of the Martyrs Canada and published in The Recorder September/October 2018, Volume 55, Number 5, pp. 6-7.

For more information regarding the persecuted Church around the world, or for information about The Voice of the Martyrs, visit http://www.vomcanada.com.

One thought on “The Measure of a Martyr: Stephen’s Witness and What It Means for Us”